So, there I was, standing in the kitchen, eating leftover Chinese food over the sink.

Suddenly, an errant and goopy snow pea lodged itself in my throat. I started to cough, and hack, and gag. At that moment, my fiancé came to my rescue, running in from the living room.

Unfortunately, there wasn’t any water. In his haste, he left it sitting on the coffee table. Instead, his hand was in almost a perfect pantomime of holding a glass of water.

Thought one: Oh, so this is how I die.

Thought two: This is hilarious.

Luckily, the helpless laughter dislodged the snow pea. Call it a Heimlich via hilarity.
Posted by Shannon at Monday, July 19, 2010 6 comments:

Email ThisBlogThis!Share to TwitterShare to FacebookShare to Pinterest
Labels: glimpes into shannon's insanity, someday i'll settle down with a nice boy and rescue alpacas 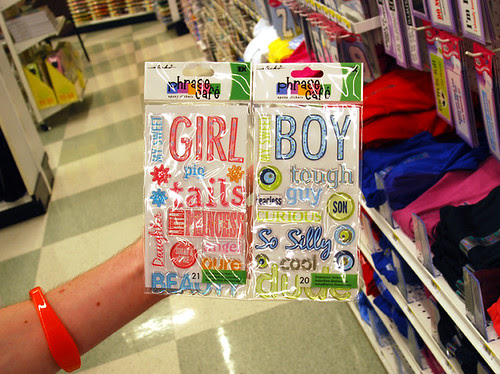 Sometimes, it's a blessing that Netflix delights in sending me defective DVD's.

Last night, I sat down to watch Fever Pitch. The American version about the Red Sox. Can we just rename the movie, "Every Annoying and Oppressive Gender Stereotype, Ever?"
See, Lindsay (Drew Barrymore) is around 30 and single. Which, in this film, means she's chomping at the bit to settle down. Especially because she's the last single person in her group. In rapid order, we learn that she's single for the same reasons all movie women are single: she's too into her career, her success scares men off, her girlfriends aid her in overanalyzing every relationship, and, oh, she's too picky.
In fact, there's a whole scene where it takes hours and several trendy workouts for her friends to alternately convince her to go on a first date, or cancel, with the Jimmy Fallon character.
Could we, just once, have a movie where the woman is single because she just hasn't found the right guy yet? Or because she's focusing on other things, or, even more radically, just prefers to be alone?
Enter Jimmy Fallon, playing Jimmy Fallon. I'm sure his character has a name, I just don't remember it. So Jimmy is this goofy schoolteacher, and romance blossoms amid all the vomit (really...there's a food poisoning vomit sequence).
He goes to meet her friends. The girlfriends are all astonished that he's "still single" (at 30ish! Horrors!) and hadn't been "tagged and bagged." So they all begin to speculate on what is wrong with him. (Maybe he just hasn't met the right person?) All this movie needed was a woman saying, "All the good ones are either taken or gay."
At this point, I may have started yelling at my television.
As it turns out, he's a nerdy sports fan. And sort of immature, and he dresses like a "man-boy." Because what this movie really needed to do is remind us that all men are immature twits until some woman comes along and makes them over and forces them to grow up. And then they don't have any fun anymore, because women are harpies who press a man to commit, then suck all the joy out of his life.
Anyways, there was something about a pregnancy scare and a trip to Paris. Right then, in my Kevorkian cinematic moment, the DVD died.
So I tried to imagine the rest of the movie. In my version, Lindsay realizes she could just go to occasional games, and let Jimmy nerd out all he wants because that gives her more time to hang out with her friends. And she figures out that it's OK for a guy to dress a little schlubby, if he's nice to you and makes you laugh. And Jimmy undergoes a neurological testing, and realizes he has some sort of curable disorder that makes him all schticky and annoying. And he gets cured, and her girlfriends stop being total pills, then they all live happily ever after.
In the comments, be a script doctor for Fever Pitch.
Posted by Shannon at Friday, July 16, 2010 7 comments:

Email ThisBlogThis!Share to TwitterShare to FacebookShare to Pinterest
Labels: belly buttons are like totally weird, media criticism, men, who knew the internet could be interactive?

Have You Hugged a Bridezilla Today?

Opinions on weddings are like dead salesmen under the staircase: everyone has a lot of them.
Or is that just me?
Anyway, the moment you say you're engaged, you will absorb opinions from virtually every corner of the Known Universe. Weddings are too stuffy nowadays. They've become tacky and gauche. Registries are a courtesy to your guests! Registries are gauche! Dollar dances are fun! Dollar dances are gauche! (Note: I hadn't even heard of the 'dollar dance' until recently, and let me just say I am not combining an open bar with people safety-pinning money to my dress. It sounds like a great way to get stabbed.) And the saddest, most common opinion of them all: weddings are stupid and lame and expensive and everyone should just elope.
Killjoy, party of one!
I want a wedding. I love to throw a good party. I just don't want to throw a good party that is filled with people I don't know or care about, that adds up to years of debt.
But I'm just a few weeks in, and I can see why some brides lose their headpieces altogether. There are very strong, and often conflicting, expectations on How Weddings Are Done. And you feel like virtually anyone will hurl the word "bridezilla" at you for virtually anything, from demanding your bridesmaids get matching haircuts (yes, 'zilla) to not wanting their single guests to bring a random date because it will shoot the budget to hell (no, not 'zilla).
One bride on the wedding forum I frequent (shut up) asked the group if what she was doing was bizarre and unheard of or totally inappropriate.
At this point, I thought she was going to enter the reception on a carousel horse that had been mounted on a giant Pogo stick, to the strains of "Babalu." And I was ready to applaud her unique vision.
No. The poor lady just wanted to have a dessert buffet with cannolis and tiramasu, instead of a standard cake. And for this, she fully expected to be shamed and hassled. And, honestly, I am sure some nosy, badly-in-need-of-a-life old biddy relative will lay on the guilt because she expected to see a flavorless mass of white fondant.
Ultimately, I don't agree with the people who say, "It's your day! Do what you want!" Because if that were the case, wouldn't we just do away with guests altogether? But it's a feat of tact and class to balance what you want and what your intended wants, all while making sure your guests will be pleased and the expenses won't haunt you for years to come.
Now, this post isn't me complaining. I have a long and storied history of not giving a damn about what people think of me. But if you have an engaged friend who left her better senses somewhere in a pile of tulle, cut her some slack. She's probably just stressed and doing the best she can.
In the comments, tell me the fine line between bride and bridezilla.
Posted by Shannon at Wednesday, July 14, 2010 18 comments:

Email ThisBlogThis!Share to TwitterShare to FacebookShare to Pinterest
Labels: differing tastes are not moral failings, martha stewart can kiss my grits, minor annoyances make me scream in futile rage

The Pants Really Made the Outfit Hang Together

After the debacle of the Bridal Book, I decided to swing by Staples last night to pick up some office supplies and make my own Bridal Book.

While I was there, I noticed that Cleanser with Bleach was on sale for a dollar. (Yes, I know it’s bad to wash your home with chemicals. But I don’t have pets or kids, so I will use chemicals until such time as I catch party guests licking the kitchen counters. At which point I will continue to use chemicals…once I have moved to a new home without leaving a forwarding address.)

Anyway, I picked up a bottle of Cleanser with Bleach from the bottom shelf. The bottle, as it turns out, was unscrewed. A torrent of cleanser and bleach washed across the floor, my arms, and my pants. With tingly arms and a wounded spirit, I wandered up to the cash register. I asked for a restroom, paper towels, and a chance to wash up.

The very nice Staples clerks, discombobulated as they were, granted my requests. I washed up, and again, and again, until the bleach tingliness had subsided.

After I left the store, I deliberated on my next course of action. I’m pretty sure Staples owes me a pair of pants. I decided to write a letter. An angry letter demanding restitution for the dishonor done to my pants.

I was set upon this course of action until I remembered one thing: I’d watched The Big Lebowski over the weekend. And, since I’m pretty sure it’s a totally true story, demanding a new rug led the Dude to a dead friend, a trashed apartment, a kidnapping mystery, and a destroyed car. So maybe I ought to not tempt the Fates in such a way.

However, it’s somewhat gratifying to know that, no matter how happy I am, the real world will always be there to ruin my pants.

In the comments, imagine the movie where I get involved in a Staples-centric film noir.
Posted by Shannon at Thursday, July 01, 2010 8 comments:

Email ThisBlogThis!Share to TwitterShare to FacebookShare to Pinterest
Labels: headliners at the freakshow, some days I put my head between my knees and dream of anonymity, wah wah wah
Newer Posts Older Posts Home
Subscribe to: Posts (Atom)