Pigs of Space, or, Sometimes Every Paragraph Gets a Sarcastic Parenthetical 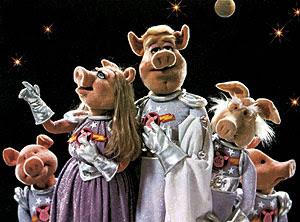 One of the most tiresome assumptions about short people is that we don't require any personal space. (Don’t believe me? Check out some of the comments from last week’s post.)

I refer to these people as the Pigs of Space. Hey, I may be petite, but I do enjoy a dose of oxygen from time to time. Also, try being short in a crowd of people sometime – it’s unpleasant and disorienting to only be able to see butts and elbows. (Though if I had an elbow fetish, I would probably be transported into a state of bliss every time I changed trains at Metro Center.)

In most teeming-piles-of-humanity situations, I am crowded, jostled, squished, bumped into, and nudged to a degree that is simply not experienced by any of my friends. (Well, except the fellow pocket-size ones.)

One of my favorite breeds of the Pigs of Space are the Metro Seat-Sploogers. No, it’s not as gross as it sounds. (Though it’s still plenty gross.)

Women who sit down next to me on the Metro will use their purses to slowly splooge into my seat. Ladies, if you must carry fourteen bags containing commuter shoes, workout clothes for the gym you never visit, a week of lunches, and a two-liter of Coke, and you can’t tuck these items between your feet or onto your lap, you have deeper issues than I can fathom. (Incidentally, can anyone tell me WHY some women have to lug all of their belongings along for an eight-hour workday? Do they all share really, really small apartments with a night-shift roommate who makes them clear out every morning?)

Men will splay their legs to the point where I wonder if they’re trying to impregnate the poles, or if they have the sort of elephantitis junk that needs to ride shotgun. It’s gross and pervy and weird. (Quick! What’s the movie reference here?)

Overall, I am very generous with space and try to use my size to benefit others. I’m happy to ride hump when we’re five to a car, share a stool at the local dive, or climb into the furthest recesses of the storage closet to retrieve lost office supplies. Consideration and kindness are key concepts of my life. But there’s a point where folks are just taking advantage. There's a point where someone is trying to bully their way to more room than they really need, like a one-man McMansion. And that’s when it’s time to be assertive. Time to use tricks like the Amused Raised Eyebrow, the Gentle Nudge Back into Your Own Damn Seat, and the Fake Coughing Fit. (Even handier? An accidental stab to the thigh.)

So my question is this: If you read a news report about a woman who leaps on top of her male neighbor on the Metro and forcibly straps his knees together with an adorably trendy red patent-leather belt, will you know that it’s me? (And will you laugh, or will you chalk it all up to the demise of civility in modern society...or an accidental switch to decaf?)
Posted by Shannon at Tuesday, September 29, 2009 14 comments:

Email ThisBlogThis!Share to TwitterShare to FacebookShare to Pinterest
Labels: claustrophobia rocks, I am deeply flawed and don't care who knows it, skeeviness, this is unfortunately what i'm really like, wah wah wah

Never Mess with a Little Sister 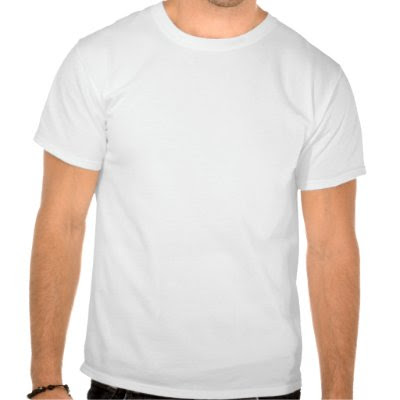 For claustrophobics, there are few experiences more enchanting than sealing yourself up inside a big tinfoil Tylenol and hurtling across America.

I’ve built some coping mechanisms. Being too broke to ever go anywhere, for instance. But when a flight becomes necessary, I go for headphones, mild hallucinogenics, meditation and occasional walks up and down the aisle.

Except when I’m on a cross-country nonstop with a non-reclining seat and so much turbulence my teeth were sticking out of my eyebrows. Walks became impossible and the walls closed in.

What made the experience even more completely awesome was the spiky-haired hipster in front of me. He’d reclined to the point that I was tempted to dig out some chopsticks and perform a head lice inspection. After about three hours, my chest tightening, and a panic attack rolling in, I decided to take action.

I put on my best Happy Secretary voice. *tap tap* “Excuse me, would you mind moving your seat up a bit for a little while? I’m starting to feel squashed.”

Well, the look he gave me implied I’d asked something along the lines of, “Hello good sir, I was wondering if I could have your left nut, your mother’s virtue, and perhaps a cottage in the countryside.”

He clamped his earbuds back in place. I politely said I was claustrophobic, and that I really needed the space and air or I might have a panic attack. He ignored me while his traveling companion looked a little embarrassed (the companion, though, was in the process of crushing my next-door neighbor, so I guess jerks of a feather really do fly together).

I briefly entertained the idea of calling over a flight attendant. After all, if I had a fit on the plane it would be unpleasant for everyone. But then I pictured myself saying, “Mo-ooom, Hipster’s on my side of the car again!” I’m more mature than that.

I swaddled myself in a shawl, took deep breaths, pictured open spaces and light, and pulled myself together. After a while, I calmed down. Crisis averted. Until I heard a squeak and a clack.
The Hipster was reclining even further.

Fine. Keep your seat the way it is. I'll live. But reclining further is just being a petty, mean-spirited, vindictive little bully. I know I seem like an easy target. I’m girly and giggly and small and my voice is so chirpy that I could probably speak the language of parakeets if I only tried.

But Hipster didn’t know something important: I'm also a little sister. And, like any little sister anywhere, I know how to turn any journey into a relentless sort of hell.

I propped myself up and proceeded to dig my knees into his back for the remaining two hours of the flight.
Posted by Shannon at Thursday, September 24, 2009 34 comments:

Email ThisBlogThis!Share to TwitterShare to FacebookShare to Pinterest
Labels: claustrophobia rocks, I am deeply flawed and don't care who knows it, minor annoyances make me scream in futile rage, rant rant rant, skeeviness

I Feel as if I Ought to Say Hello

For the last month-and-change, I've been in ohmygodIcan'tbreatheswampedcrisisstaylatearriveearly mode at work. This has left me with very little mental energy to spare. Just so my readers don't feel left out, here are the other slack-ass ways I've been conducting my life:

1. As I walk home from the Metro at one ungodly hour or another, I wave hello to my assortment of clothes languishing at the dry cleaners'.
2. All invitations have received the same response. "I'll come if I'm not in a darkened room somewhere, stabbing myself in the nostril with Maybelline Lash Stiletto." I've never used the "maybe" response on Evite with such heady abandon.
3. All requests for help with menus, fete planning, weekend ideas, and other Queen Bee Social Chair items that I normally dive into get the response of, "Dude. Ask me again in October."
4. Mashed potatoes from a packet for dinner? I'm nostalgic for those classy days.
5. My life is ruled by mental countdowns. Two weeks from today, my hell season will be over. I will have my feet up and my hair down and my brain in utter drool mode.

So, it's not you. It's me and everyone else. I'll be back soon, and more obnoxious than ever.
Posted by Shannon at Tuesday, September 08, 2009 5 comments: