I'd like to issue awards to all those who gave Washington's week of Snowtastrophe that special tang of fumbling absurdity:

The Any Port in a Storm Award goes to the Irish Channel, which was open and serving...even though they really, really should have gotten off their keisters and shoveled their walk. Drunk people plus a sheet of ice? GENIUS.

The Are You Freakin' Kidding Me? Award goes to....the woman blocking Mass Ave in her stalled-out big ol' Mercedes. Why anyone would see a big pile of slush and ice and drive straight into it is beyond me. It's sort of like horror movies, where you always want the dippy blond to kick off her shoes and run, instead of breaking a heel, losing her will to go on, and hyperventilating her way to a grisly death.

The Graciousness Under Pressure Award goes to the four men who, upon seeing the woman in her stalled-out Mercedes, tried to push her out despite her limited grasp of English, reality, and basic driving skills, and her assertion that she under no circumstances would call a tow truck. (At that point I gave up trying to help and told her I'd check in on her in the spring.)

The C'mon, Folks, Is That the Best You Can Do? Award goes to the two yuppie women in the RAV-4 who, upon seeing the stranded Mercedes lady, flipped her the bird and tried to get around her by jumping the sidewalk.

Honorable Mention: The Smithsonian, for not doing a damn thing to dig out any sort of pedestrian pathway on Fourth Street. My walk to work was a very slippery game of chicken with some very cranky motorists.

The Power to Say No Without Laughing Outright Award goes to the Associated Press reporter I ran into on the aforementioned Fourth Street slushfest. His SUV was stuck, so I stopped and offered to help. I'm sure he looked at me all, "Well, here's the strapping, muscular Colossus who can shove a two-ton truck out of a snowbank!" But he kept a straight face regardless, and even interviewed me for a story he was working on.

The All Life on Earth Would End Without You Award goes to the maintenance crew of my apartment building, who have been sleeping onsite for the last week to keep the walks shoveled and the residents safe. Way to go, guys!

In the comments, award some Snowmageddies.
Posted by Shannon at Friday, February 12, 2010 10 comments:

Email ThisBlogThis!Share to TwitterShare to FacebookShare to Pinterest
Labels: just so long as the houseplant doesn't answer, minor annoyances make me scream in futile rage, my heart is a big squishy marshmallow

Snowmageddon has brought us many wonderful things. OK, for a day or so, it was wonderful. Now that I have hit the fifth straight day of my confinement, I'm kind of over it. I have run out of clean elastic waistband-oriented clothing, my social skills have eroded, and my stock of Bloody Maria fixings are perilously low. I've flipped out, and flipped into the negative.

So let me tell you all the things that tick me off about big snowfalls. Sadly, none of them have anything to do with actual snow. Heaven's dandruff is cool with me.

1. Snowchismo. That's the macho idiocy some faux-rugged types exhibit in any major snowstorm. Monday, I overheard the statement, "I would just like to point out that I made it to work in my two-wheel drive sedan." Want a cookie? How about a medal, or possibly a parade? (Somewhat related note: those last few sentences took much longer than usual to type, as even now my right hand makes involuntary wanking gestures at the mention of the two-wheel-drive sedan.)

First off, these faux-rugged Snowchismo types tax precious resources because they just HAVE to get to work, so they run off into ditches or otherwise get themselves in trouble. Then the government has to swoop in and rescue them. Unless lives are on the line, be smart and stay home. Otherwise you are just creating more hassle for the rest of us.

If your boss is a Snowchismo, then you've learned that your safety isn't the priority - so your priority should be looking for something better. Oh, and there's a special place in hell for bosses who make their employees report to work, but fail to show up themselves. What would that be, Snowchismo-by-Proxy Syndrome?

Second, whether you believe in God or not, every human has the instinctive knowledge that nature is far, far bigger than what we can imagine, and sometimes nature is going to make herself known. Stop thinking of the world as something to be subdued for the sake of your convenience. Kick back and experience a little awe.

2. SNIMBYs. Snow, Not in My Backyard! These people kick up an enormous stink because they haven't been plowed out yet. Really? You had notice, you knew that this storm was big, that it was coming our way, and it was going to knock us on our butts. You also knew that every local jurisdiction bled its budgets dry cleaning up after December's Snowpocalypse. Did you really think you'd see pavement anytime soon? Besides, the road crews are unfortunately busy weaving around the Snowchismos, and it's causing delays. Toss a slug of Bailey's into your hot cocoa and chill the heck out.

3. Metro Whiners: Aboveground stations close when there are more than eight inches of snow. Why? Because back in the 2003 blizzard, they didn't close...and the tracks and cars sustained damages that crippled the system for a week. Kudos to Metro for keeping even limited service running, and offering plenty of notice before closing aboveground stations on Friday night.

However, if John Catoe would like to make it up to me by pushing me around town in a wheelbarrow, I would happily take him up on that offer.

4. Flinty Carpetbagging McShowoffs. These people combine snowchismo with a heaping helping of Yankee hot air. Yes, you're from somewhere that gets a lot of snow. And you'd like nothing better than to beat your chest and bray about how Minneapolis/Buffalo/Nunavut would have cleared this out in no time flat. Except? They wouldn't. There is nearly three feet of snow out there, and that would cripple even the flintiest of Flintsters. (Also? Washingtonians amp up the hysteria a bit so we can get the day off. Sometimes we even like to wail at the sky for emphasis. Don't mess with our local tradition.)

This is a once-in-a-lifetime winter, that you can brag to your grandkids about. ("We walked uphill both ways, in the snow, only to discover school was cancelled for the week...") So I wish all of Washington could quit with the braying and the whinging, and experience the history and excitement of it all.

In the comments, tell me that in Upper Yankonia, everyone gets to work in two-wheel drive sedans after 80 feet of snow, the plows are made of diamonds, and nothing ever goes wrong.
Posted by Shannon at Wednesday, February 10, 2010 12 comments:

Excuse Me, Would You Like to Make a Donation, or Are You a Complete Douchebag?

As a nonprofiteer, I can tell you that charity is a wonderful thing. I can also tell you that I am sick to death of being hit up for money everywhere I go.

Fresh, eerily zitless young fundraisers for Human Rights Campaign and Greenpeace have an ongoing turf war outside of my office. I simply cannot run out for a sandwich without some preternaturally cheerful kid asking if I have a moment for gay rights or the environment. The implication is that if I cannot spare a moment for their sales pitch, I am a horrid person who hates the Earth and all the gays upon it.
But, oh, it gets worse. I can't buy nacho cheese dip at the Safeway without being asked for a dollar for breast cancer. (I'm sure they mean the prevention/treatment of breast cancer, but I like to picture a tumor holding a tin cup.) So I guess I hate boobs, too.
Last night was the final straw: a very nice cashier at Borders hit me with the nickel bag tax (aka, the absentmindedness surcharge), and then asked if I wanted to buy a bag of coffee for the troops. I demurred, because, THE HELL? If Borders wants to support the troops, they should do so on their own dime. Don't make me out to be un-American because I want to buy a few puzzle books and get on with my life.
I told the cashier that I don't throw donations around willy-nilly, instead, I make a budget and a plan, research charities, and give wisely. His response was along the lines of, "So, you're broke. Hey, it's cool."
No, I'm not broke. I have enough money that I can afford to give some away. I just want to do so on my own terms, instead of being shaken down for loose change every time I make a purchase.
So that's the state of modern charity: You're either a selfish uncharitable douche; or you're too broke to support the troops, but you can still afford to buy vacuous fashion magazines. So, you're still a selfish uncharitable douche. Douched if you do, douched if you don't.
In the comments, tell me if you have a moment to leave a comment. If you don't, you hate me, my blog, and everything it stands for.
Posted by Shannon at Thursday, February 04, 2010 21 comments:

The Complex Arithmetic of My Paranoia 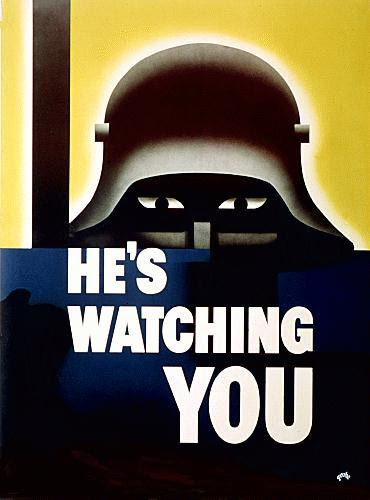 I've been living in the land of screwups. No, I don't mean Jersey Shore, I've never seen the show and I never will.*

What I mean is that various people are making various errors that are making my life very complicated. In the arithmetic of my narcissism and paranoia, it all adds up to one thing: they're all out to get me!
For example, I have, in the past, been somewhat...capricious in my romantic relationships. So I was not surprised when the travel agent seated my boyfriend and me together for our flight to Mexico, and then separately for the flight home. I can only assume the travel agent, and his network of spies, have decided that we will spend our entire vacation arguing, to the point that we fly home in stony, two-row-apart silence.
But oh, it gets worse. I ordered a batch of resort wear from J.Crew, because I must emit that inbred preppie glow that resort-goers find so attractive. White pants? Sure. Silvery passport cover? Sure. Size large bikini top?
Oh, hell no. I ordered the size small.
J.Crew does not make mistakes. No purveyor of cashmere tank tops could ever make a mistake. This was a deliberate message that my Nordstrom-verified 34As were insufficient, and I ought to consider surgical enhancement.
Now, a naive person would write these off as moments of human error. But I know better. J.Crew is in league with my travel agent, and they're sending me a specific message:
I can't keep a man because my chest is too small.
In the comments, tell me the last time someone made a mistake, and what their real message was. Or just remind me that I've got a lovely rack.
*You know those people who say they never watch TV, by which they mean they watch TV but are too snooty to admit the truth? I'm not one of those people. I don't watch TV, not out of snootiness, but because it would distract me from my usual schedule of watching Xanadu on a continuous loop while washing down generic Cheetos with gobs of Dr. Pepper.
Posted by Shannon at Wednesday, February 03, 2010 3 comments: